All matches of the Women’s WFC will be played under the one roof at IFU Arena.  The venue was inaugurated in the autumn of 2016. The arena is nearly 30,000 square metres in size and is owned by seventeen sports clubs. The arena has space for both its daily sporting activities, but also for international championships, the Sports Awards, concerts, fairs, exhibitions, congresses and conferences, as well as around 75 elite matches in floorball and basketball per season.

The arena has hosted several international Floorball tournaments and is home to some of the top Floorball clubs in Sweden – Storvreta IBK, Sirius IBK, and Hagunda IF.

The arena has a restaurant that serves lunch all days of the week and also functions as a restaurant venue for events. IFU Arena is fully licensed. Arenahotellet, a hotel with 200 rooms, is just next door to the arena.

At only an 18-minute journey from Arlanda and 30 minutes from Stockholm, IFU Arena is easily accessible for both national and international events. 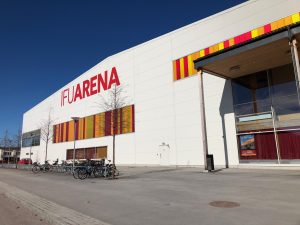 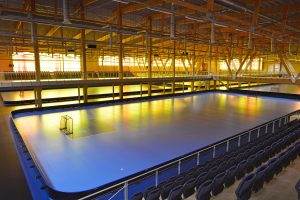